A little bit about me

I am Nigel Booth, M0CVO. I have held this callsign since the year 2000, after taking my 12 words per minute Morse Test. Prior to that I held the callsign M1DKN, which I obtained after passing my Radio Amateur's Examination (RAE) in 1998. Mostly I operate CW (Morse Code) but occasionally I may be heard on SSB (phone) or SSTV (Slow Scan Television). I use all bands from 80m (3.5MHz) to 23cm (1296MHz) I also have facilities for ATV on 5.8GHz but this is a work in progress. My main station radios are a Yaesu FTdx1200 for HF and 6m, an ICOM IC-746 for HF, 6m and 2m and a Yaesu FT-817 for 70cm and as a driver for my 23cm transverter.

I do enjoy chasing the DX from time to time but if I am unsuccessful then there is always another day. I also occasionally participate in contests but this is more to test the performance of my equipment rather than really compete against the large contest stations as I know I am not going to better them. If I can improve my score year on year then I am happy.

I also enjoy building my own equipment - I have a few Pixie transceivers, an OQ-40 (40m CW transceiver) and some items from the G-QRP Club of which I am a member. Obviously, in order to successfully construct transmitters, decent test equipment is a must so I have invested in several items from Rigol, Siglent and other sources to ensure I have something I can rely on. Below you can see some of my test gear and the last few QSOs I had thanks to QRZ Log book. 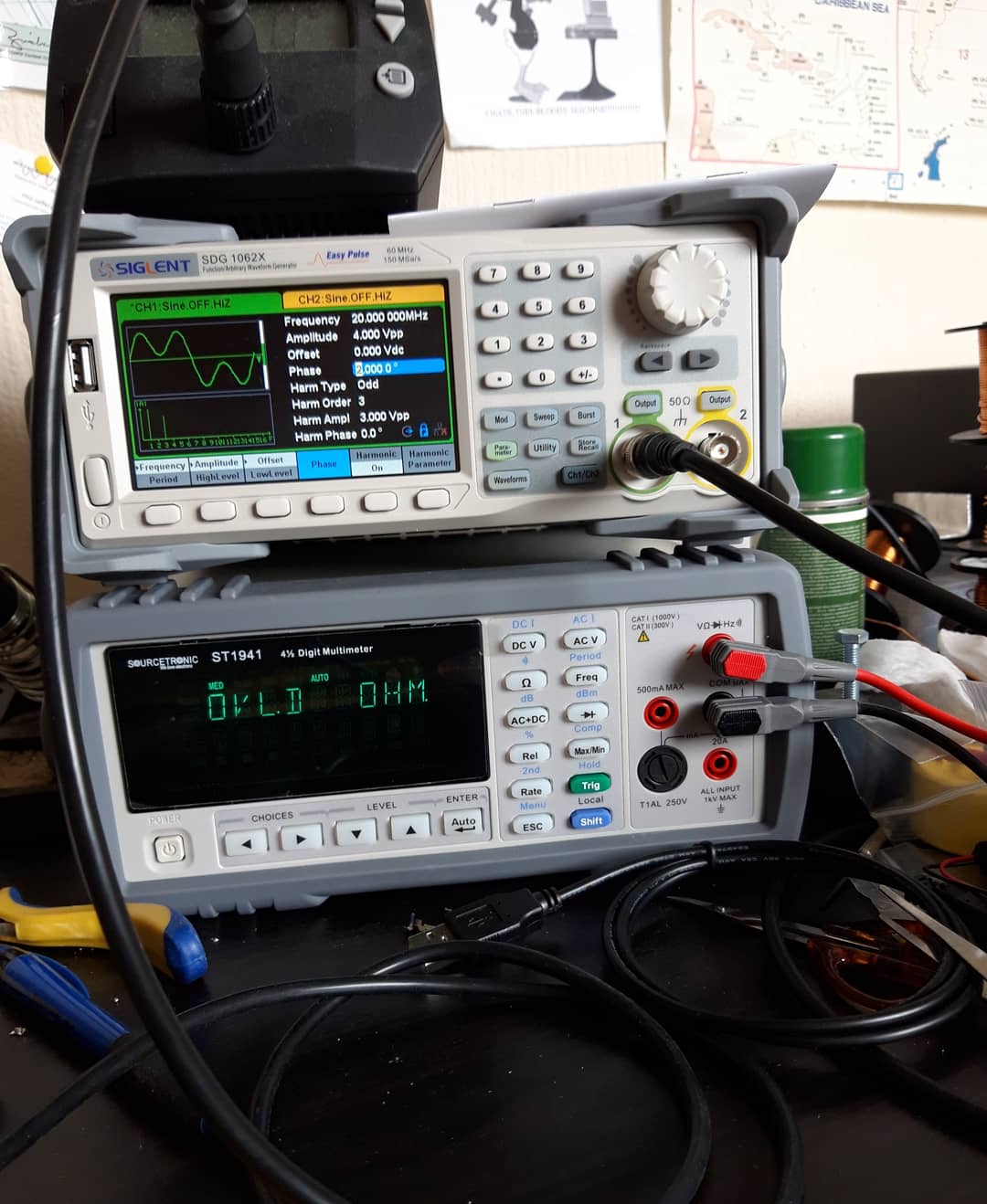